If you want good photos of fireworks, you need a tripod. The average firework shell may take 1-5 seconds to burst, and you simply cannot hold the camera steady for that amount of time.

Almost any DSLR, mirrorless or point-and-shoot camera can be a great fireworks camera, provided that you have it on a tripod.

Many consumer-focused cameras even have a dedicated fireworks mode that can be useful if you are frightened away by exposure settings like aperture, shutter speed and ISO.

You do not need a fancy or expensive lens to shoot awesome fireworks photos. Fireworks are sufficiently bright that shooting at an aperture of f/8 is more than sufficient and will get you optimal sharpness from most lenses.

In general, you want a wide-angle lens for fireworks. I shoot the large fireworks show on Seattle’s Lake Union every year and I end up using a 24mm focal length on a full-frame camera. This would translate into a 16mm lens on an APS-C crop-sensor camera. I am usually very close to the show at these wide focal lengths.

Focal length obviously depends on how far away you are from the show, but every time I shoot the fireworks, I underestimate just how tall the largest shells are and find myself zooming out.

If you are feeling creative or plan to operate a second camera, zoomed-in shots can also be interesting. There can be groundworks or crowd elements that can be an opportunity to try a shot with a 70-200mm telephoto lens, for example.

Fireworks are quite bright, and most cameras would have no problems with auto-focusing on them. The challenge is that you may often trigger the camera before a fireworks burst when the sky is blank and there is nothing to focus on, so you need to set your camera to manual focus mode.

You are going to be a considerable distance from the actual fireworks. Before the show begins, find a distant light or building and focus on that to set your camera at infinity focus. Then switch your lens or camera to manual focus mode so that the autofocus motor doesn’t change the focus each time you press the shutter. You may want to bring a piece of gaffer tape to secure the lens focus ring so that you don’t bump or change it.

Also remember that if are using a zoom lens and decide to change the focal length of your shot, be sure to refocus on the scene.

If your location is very dark, here are some more tips about finding infinity focus at night.

First of all, remember to turn off your flash, if your camera has one built-in. A flash will add nothing to fireworks photos, other than messing up the foreground and underexposing the actual fireworks.

I generally shoot fireworks at an aperture of f/8. What about shutter speed and ISO?

Shutter speed is the most important setting here. Fireworks bursts develop over time and some linger in the air for quite some time. You want a shutter speed that is long enough to capture an entire burst. Anything shorter than 1 second often will give disappointing results.

I have shot ~10 fireworks shows over the past years and have experimented with various shutter speeds. If you are in a city with a large and dense fireworks display, a shutter speed of 2.0-4.0 seconds will often be able to isolate some of the bursts.

I’ve also shot as long a 6-10 seconds which captures many more bursts in the scene. In very dense fireworks shows, this can lead to too many bursts in the shot, which may or may not be what you are after. In smaller shows, using a longer shutter speed may improve the shot by adding more bursts into one picture.

There is no right or wrong answer to shutter speed, and I encourage you to experiment somewhere in the 2″-10″ range.

Given the brightness of fireworks, it is not necessary to have high ISO settings and something like ISO 100-320 should be sufficient. In fact, you want to make sure that you don’t overexpose the fireworks. Here is a rundown of the exposure settings I’ve used for the past few shows:

If you know how to read your camera’s histogram, turn it on and you can check that you aren’t overexposing by checking the first few shots.

It does help to arrive early at your shooting location to get setup. It is much easier to accomplish this before the place is packed with crowds of people.

Try not to point your camera directly up in the sky. This leads to boring pictures. The best fireworks photos include some landscape elements, whether that is a city skyline, buildings, trees or crowds.

Don’t forget about the crowd. Pictures of people enjoying the fireworks can be compelling, and it is all too easy to forget to turn around and snap a shot of people’s reactions. In this photo, I was annoyed by the woman in front of me who was wildly waving the flag, but it actually made the shot more interesting.

Watch out for smoke

Large fireworks displays can create a lot of smoke. Some of the best fireworks photos will be in the first minute or so before there is too much smoke.

If the air is still, there isn’t much you can do about the smoke. If there is wind, try and position yourself in an upwind shooting location so that the smoke moves away from you during the show.

How to trigger the camera

Since you will be shooting long exposures of the fireworks, it is important that you do not shake the camera by pushing the shutter button. There are a few ways to avoid this:

Trying to time exactly when fireworks will burst in the sky isn’t easy or intuitive. For many years, I used a cable release and just kept pushing the shutter over and over when I thought the next batch of fireworks was coming. You will take a few hundred photos, and many won’t be great, but this maximizes your potential to capture the interesting ones.

For the last couple of fireworks shows that I shot, I simply used the intervalometer on my camera to take shots at 1″ intervals, allowing me to enjoy the show without having to press the shutter. Some cameras have this capability built-in, while other cameras may need an intervalometer accessory.

These shows are pretty short at 15-20 minutes. Take as many photos as you can. Sift through them at home and discard the boring ones, but if you are continuously shooting, there will be some keepers in the mix.

Don’t forget to enjoy the show. It is easy to get wrapped up in your camera settings, but allow yourself a few “oohs” and “ahhs.” Remember, if you don’t get the shot, there is always next year for fireworks! 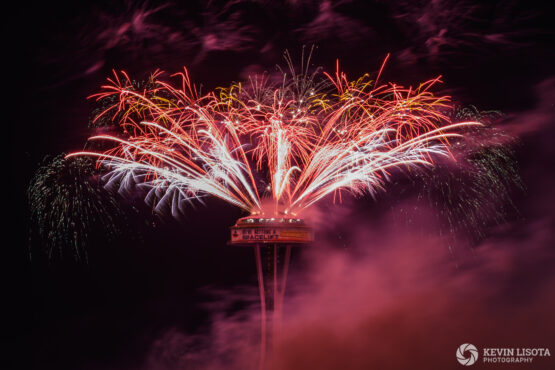 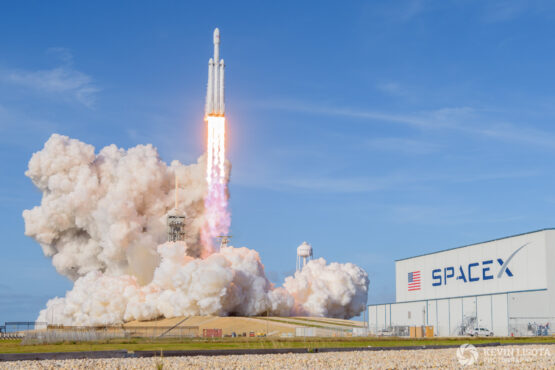 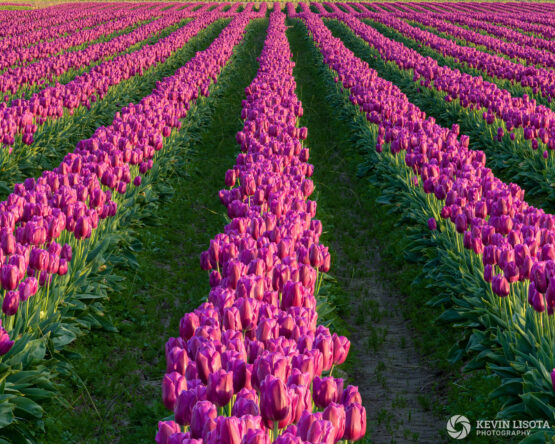 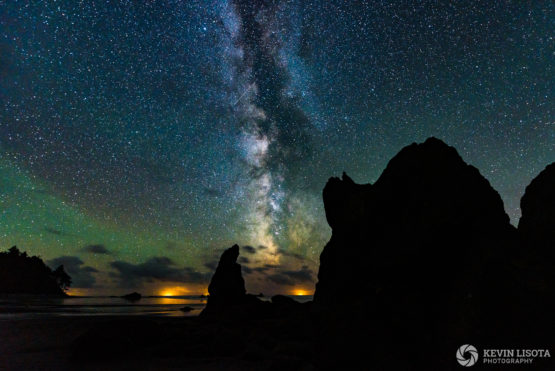 Focus to infinity – The key to nighttime star photography